“Last week, Hillary Clinton went before a committee. She admitted she had sent emails to her family saying, hey, this attack on Benghazi was caused by Al-Qaeda-like elements. She spent over a week telling the families of those victims and the American people that it was because of a video. And yet the mainstream media is going around saying it was the greatest week in Hillary Clinton’s campaign. It was the week she got exposed as a liar – but […]

Comments Off on Boo! It’s Marco Rubio and the Zombies

Now We Are Six, Revised 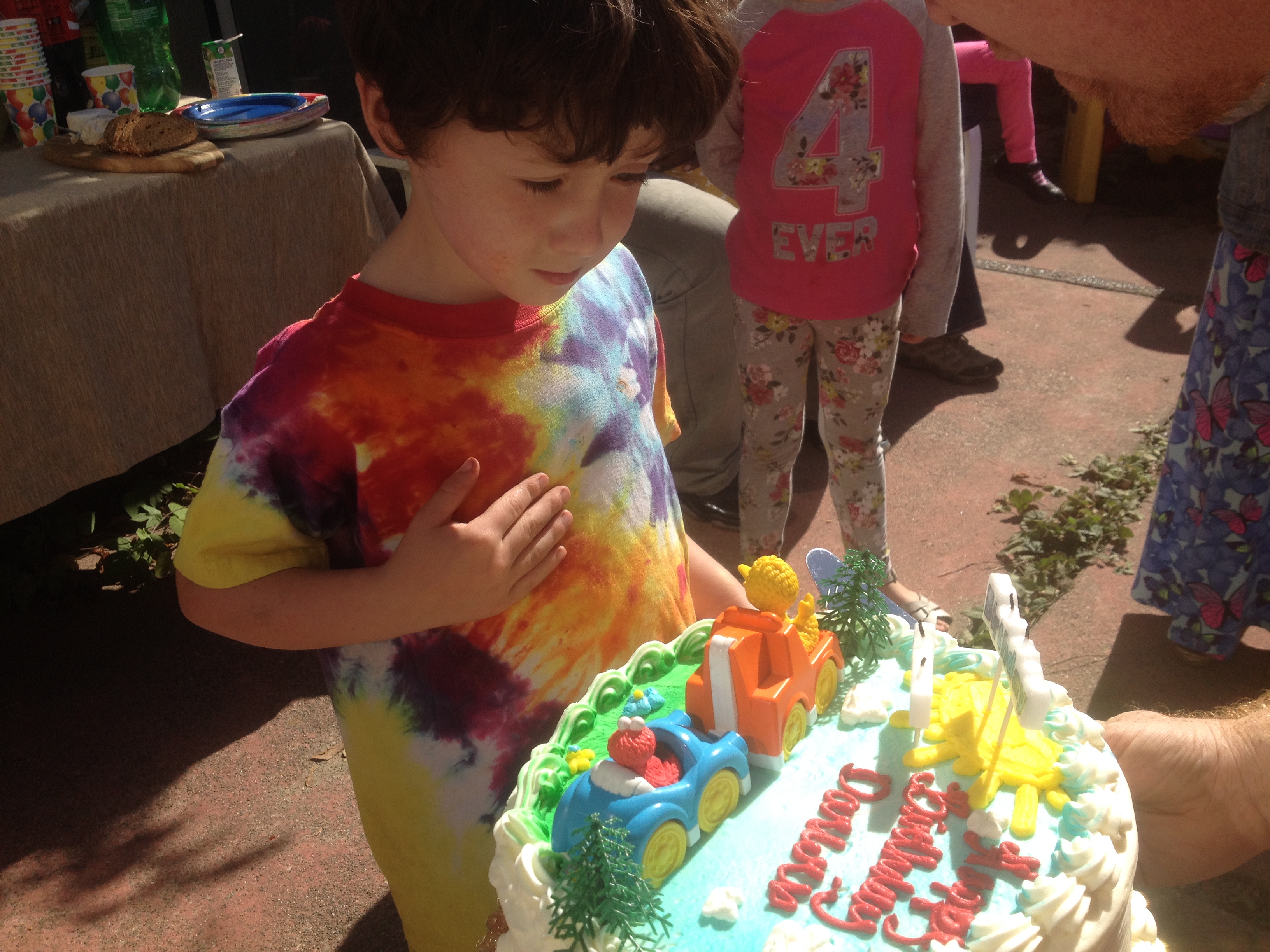 When he was One, He had just begun. When he was Two, He was nearly new. When he was Three He was hardly me. When he was Four, He was not much more. When he was Five, He was just alive. But now he is six, Speech walled off by bricks Resistant to tricks Subsistent on flicks Subject to a mix Yet no technique clicks And so we endeavor, That he not be pre-six for ever and ever.

Comments Off on Now We Are Six, Revised

Ever since I began living the Groucho Marx joke by joining the club where no one wants to be a member (raising a child with a chronic, permanent disability), I’ve read a lot of stories about the disabled. And I’ve seen heart-rending documentaries. But of all the stories I’ve ever read, none of them screamed MOOOOOOOVIE like Daniel Engber’s account of the bizarre Dana Stubblefield story in the latest New York Times Magazine. I know how the movie would go. […]

Comments Off on UNBELIEVABLE: The Treatment

Distrust of elites and institutions is an all-time high, changing American politics in ways we haven’t seen before. This is evident in the disorganized scramble for leadership positions in the House of Representatives, and it’s also evident in surges of support for anti-establishment candidates for the Presidency. Essentially, ordinary people are disgusted with the decisions of both major parties since 9/11, as manifested through the Patriot Act, Medicare expansion, bailouts like TARP, and Obamacare. This week’s Benghazi Committee’s grilling of […]

Comments Off on Hill Valley Politics: Save the Clock Maker!

Let’s Talk Back to the Future, Part IV: Concluded

Because today is #BacktotheFutureDay – the day that Marty arrived in the future in BTTF2 – I’m going to shake up the usual format of this blog, and punt my weekly autism post until next week. Thanks for understanding, loyal readers! Today, October 21, 2015, marks the semi-official day that popular nostalgia for Back to the Future becomes as potent as the force that Back to the Future itself employed regarding the 1950s. When we look back on the 1980s through the lens of […]

Comments Off on Let’s Talk Back to the Future, Part IV: Concluded

Last week I pointed out sites that like to, well, point out problems with the Back to the Future trilogy. I also pointed out that unlike Marty McFly, when those sites go back in time, they don’t actually bother to fix anything. So I “Marty McFly”ed a few issues, but the truth is that if we must leave most of the time-space continuum as we found it, only one problem really requires repair. The chief weakness of the sequels is […]

Comments Off on Let’s Talk Back to the Future, Part III: Marty McFlying “Chicken” vs. “Slacker”

When H.G. Wells wrote “The Time Machine” in 1895, he invented a future – a future genre of stories about time travel. What seems amazing is that it took so long. Actually, there had been other precedents. The Mahabharata, the Pali Canon, and the Nihongi all had stories about travelers who returned home to find that decades or more had taken place in the short time they were away. In 1733, Samuel Madden wrote a story about someone finding letters […]

We had this thing we did, back in middle school, and rubbing our necks with an ostentatiously placed hand was the least of it. For one effect, we’d toss off a one-liner while sipping a (pretend) coffee cup and leaving the room. For a fuller effect, we would place our butt squarely on the nearest kitchen-counter-height counter and say, “aw, Mallory.” For the fullest effect, we would stand with one very outstretched arm to a friend’s shoulder, and then do […]

Comments Off on Why I Love Michael J. Fox, From the Dad of a Kid with Autism

Let’s Talk Back to the Future, Part II: Marty McFlying the Unforced Errors

To “Marty McFly” should mean “to restore the past to create the present that we should have had all along.” Today, it’s time for some Marty McFlying. You probably know that Universal Pictures is celebrating Back to the Future this month with a new DVD trilogy box set, new video game, new videos, and special screenings because October 21, 2015 is the day that Marty McFly, in Back to the Future Part II, arrives in his Hill Valley hometown of […]

Comments Off on Let’s Talk Back to the Future, Part II: Marty McFlying the Unforced Errors

Every year, the second Monday in October marks a long weekend in which New York City celebrates Columbus Day. But something new is coming to New York this weekend: an Indigenous Peoples Celebration led by the Red Hawk Council. If you check out their website, or just look at the above photo, it says “Re-Thinking Columbus Day.” And so this got me re-thinking: are Columbus Day and Indigenous Peoples Day on a collision course in our nation’s biggest city? And if they […]